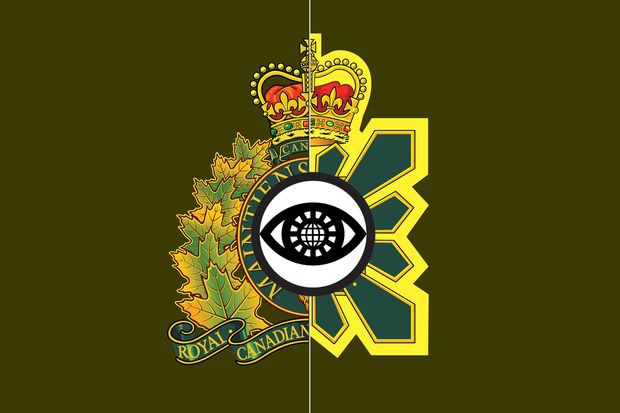 I, Spy: Does Canada Need A Foreign Intelligence Service?

THE GLOBE AND MAIL - REPUBLISHED

Peter Jones is a professor at the University of Ottawa. He previously served as a senior policy analyst in the Security and Intelligence Secretariat of the Privy Council Office.

Alan R. Jones is a retired CSIS officer who served in numerous operational and policy positions. His last job before retirement was as assistant director of CSIS. He is now an executive adviser to Ottawa.

Laurie Storsater is a retired public servant who held several security and intelligence positions with the Solicitor General, the Privy Council Office, and the Communications Security Establishment.

In any review of Canada’s capabilities, the question of whether the country should create a foreign intelligence service will arise. This is a complex and nuanced question.

It is often pointed out that Canada is relatively unique among countries, and certainly among its allies, in not having such a service. This is true, but what does it actually mean?

This is rarely the case in Canada.

The Different Kinds of Intelligence

As for the misperception about where the two types are gathered, both can, in theory, be gathered at home or abroad. In practice, however, many countries place limits on their services in one environment or the other, often for reasons of civil liberties and other concerns.

There are reasons for this separation. Perhaps the most important for democratic countries has been a concern that the two different types of intelligence services have different purposes and may be permitted to employ different techniques.

In democratic countries, this means the services are constrained by laws and policies requiring them to justify their actions to judicial and political oversight and review mechanisms, as is the case in Canada.

By contrast, the only limitations on a foreign intelligence service are ones a state imposes upon itself, either because it is risk-averse, or believes that, as a matter of principle, its espionage agents should not be involved in certain types of activity.

For various historical reasons, Canada opted not to establish a stand-alone foreign intelligence service. Instead, relying first on the RCMP, and then establishing a civilian service, we devoted ourselves to security intelligence. Not for nothing is the formal name of CSIS “the Canadian Security Intelligence Service.”

It is a misnomer, however, to say this means CSIS is a domestic intelligence service. From its creation in 1984, CSIS has been empowered by law to operate abroad and gather security intelligence – and it has done so. But CSIS does not gather foreign intelligence abroad.

In the first case, there is the Communications Security Establishment (CSE), which had its roots in the Second World War and was formed in 1946. The CSE reports to the Defence Minister and gathers foreign intelligence for Canadian decision-makers. But it does so by electronic means – eavesdropping on the coded communications of others and deciphering them.

In the case of CSIS, the architects of the CSIS Act in 1984 recognized the service might well come across foreign intelligence in the course of its duties. What to do with it? They decided the information can be kept and passed on to relevant government departments,  under certain safeguards.

CSIS is thus, in reality, a hybrid service, though its overwhelming focus is security intelligence.

Two questions thus frame the debate. First, do we want to support the creation of a new capability to gather foreign intelligence abroad from human sources? This entity could also act abroad in support of other members of the intelligence community, such as CSE.

Second, if the answer to the first question is yes, then do we want to empower CSIS to do that or create a new agency?

It is difficult to assess the value of something one does not have. Certainly, the limited amount of foreign intelligence CSIS gathers already is valued by those who use it, as is the foreign intelligence shared with us by our allies. This suggests an appetite for such information.

In terms of the costs of developing such a capability relative to the payoffs, the new entity could be as large or as small as we decide, and could start small and grow. Either within or outside CSIS, the entity could focus narrowly on a few targets, or try to develop larger capabilities. It could limit itself to modest intelligence-gathering activities, or develop a wider variety of means.

The list goes on and the cost goes up or down exponentially, depending on key decisions about targets and methods. However, even restricting operations to collecting intelligence from human sources requires a significant investment in various technical capabilities if it is to be done safely and properly. Whichever model is selected, it will not be cheap.

If we do decide to create this capability, where best to put it? In CSIS, or in a new agency? As noted, most democratic countries have historically taken the view that the two types of agencies should be separate. But if these countries were creating their intelligence architecture today, would they still opt for this model?

The rather stylized difference between foreign intelligence and security intelligence is rarely absolute in practice. In the modern world, most threats exist at a messy intersection between different types of intelligence.

Indeed, most recent cases of intelligence failures, such as 9/11, happened when barriers between agencies – legal and bureaucratic – prevented those agencies from sharing information. Different U.S. intelligence services, focused on different mandates, knew different parts of the 9/11 plot before it happened, but they wouldn’t or couldn’t talk to each other.

However, steps taken since 9/11 to break down barriers have resulted in significant concerns over intelligence communities having too much power to invade the privacy of citizens. There are still legitimate civil liberties issues when the distinctions between different types of intelligence agencies are eased. There are no easy answers to the question of the disclosure rules between intelligence agencies.

The Crux of the Matter

Some hard thinking needs to be done on whether the gap that presently exists in Canada’s intelligence collection capacity is really so dramatic that it needs fixing. Only people privy to what is presently collected know the answer, but some have taken the view over the years that the gap should be addressed.

Certainly, our intelligence allies have quietly grumbled from time to time that Canada is not pulling its weight. But should we create a new entity to keep others happy?

Strengthening allied intelligence relationships is not a bad thing to do, and Canada generally acquires far more intelligence from such trading than we contribute to it. But we should prioritize our own needs first.

If it cannot be demonstrated that creating such a foreign intelligence capability would make Canada smarter and better able to deal with an increasingly competitive and confusing world– something we believe it would – then hard questions should be asked. We should also be wary of when and how we let our capabilities be placed at the service of others, even our closest friends, whose agendas in different regions of the world may not always match our own.

If we decide to create this capability, where do we put it? If within CSIS, what firewalls will there be between the security intelligence and foreign intelligence branches?

For example, suppose a judicial decision or a review or oversight mechanism says no to a security intelligence operation, based on legal or civil liberties grounds. Would a temptation exist in a newly-expanded CSIS to take advantage of the messy definitional space and simply rebadge the operation as foreign intelligence collection, and then go ahead? What mechanisms could guard against this?

If Canada decides to create such a capability and locate it outside of CSIS, how much will it cost and how long will it take? To what minister, or ministers, would it report for oversight purposes and how? What review mechanism should be created for it?

We may expect different interests around the government to take strong views on these questions for philosophical reasons and out of a parochial desire to control a new budget.

These issues have traditionally been raised by people within the system who are opposed to creating a new service. Best to avoid these messy questions and quietly carry on.

To some extent, however, the combination of carrying on, new technologies, and new threats has encouraged a creeping expansion of mandates. For example, in February of this year, Federal Court Justice Patrick Gleeson, in assessing a CSIS warrant application to gather foreign intelligence under terms presently allowed in the CSIS Act, found CSIS had sought to interpret the “within Canada” definition too broadly, and denied the application.

Has the time come for Canada to develop a capacity to gather foreign intelligence from human sources abroad? Is the best way to do this is to amend the CSIS Act to allow that agency to get on with it? Perhaps it is.

But the arguments for and against the establishment of a new agency have never really been examined; they have only been cursorily debated from time to time within the government by different agencies, usually arguing on the basis of their own interests.

What would it really cost over, say five to 10 years, to develop a small foreign intelligence service tightly focused on a few issues and targets of enduring interest to Canada?

If this issue is on the agenda, we owe it to ourselves to think it through, identify different options and examine each. Perhaps the time has come for a group of distinguished Canadians not wedded to any particular institution or outcome to be brought inside the tent of secrecy and asked to prepare a study for the Prime Minister and the cabinet on the matter.

While parts of this study would necessarily have to be kept secret, the broad arguments and conclusions could be released for public discussion. This should not be a study that supports a particular point of view or bureaucratic interest. Instead, for the first time, it should be one that begins by taking a clean sheet of paper and asking the fundamental questions.